How to Make a Public Records Request in Ohio 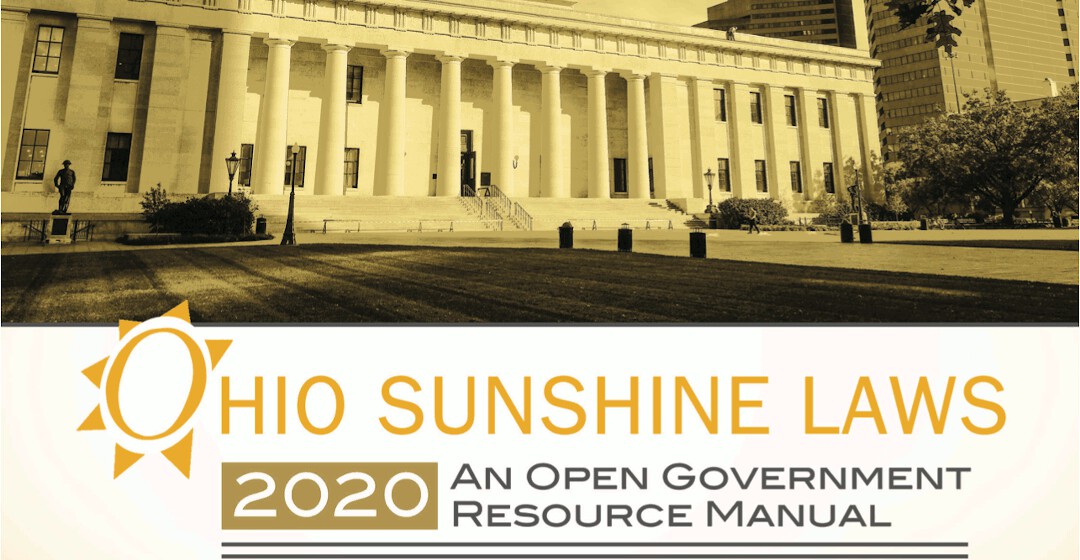 Ohio sunshine laws exist with the goal of creating maximum transparency in government practices. They ensure that anyone can inspect public records upon request. In reality, this goal is not met. Unless you are a lawyer, a journalist, or someone well versed in Ohio’s sunshine laws, expect to get push back from officials when you request public records. Demonstrating your awareness of Ohio sunshine laws is explicitly not required according to the laws themselves, but if you demonstrate ignorance of the law bureaucrats will often take advantage of your ignorance to deny a request.

Why? In most cases, it’s just laziness. You’re asking them to do something that might be tedious and their day would be a whole lot easier if they could brush you aside. In other cases, it’s because they have something to hide. Usually it’s their boss who has something to hide, but because of rampant nepotism it’s rare that officials who work in local government want their bosses to be shown the door. If a lawyer responds to your public records request rather than the official you requested the records from, odds are that they are up to something funny. It might be illegal, it might just be embarrassing, but you’re on to something. If this happens to you, contact a local journalist.

Step 1: Identify a Record to Request

In Ohio, a record is defined as having three parts:

Basically, anything produced by the government that documents work done by the government is a public record. Even if the government contracts work out to a private company, all documents created by that company in fulfilling the contract constitute public records. Of course, there are exceptions. Government employees are entitled to a certain amount of privacy, so you can’t necessarily just ask for their addresses and personal telephone numbers. There are also various exemptions defined by law or created by judicial precedent.

The difficult part for a requestor is knowing which records are kept. Most people do not have first-hand experience with government and do not know which records are kept and which are not. Government officials are supposed to respond to ambiguous or broad requests in a way that helps the requestor make an appropriate request, but some officials are better about this than others. Most officials, when attempting to deny a public records request, will lean on the language of “ambiguous or overly broad.” If an official does not volunteer to help you narrow down your request to something they can work with, specifically ask them to do so.

Journalists often have sources within government organizations that help them identify which records to request. If you do not have this benefit, do your research. Identify officials who can best help you determine which records you need. Search for news articles that deal with issues related to those records. You can also look for public records that are related to the records you’re seeking. For example, if you’re looking for information related to a specific government contract, you might want to first seek out the minutes to the meetings where the proposal was reviewed and the contract awarded.

Identifying where the record is kept and who to request it from can often be more difficult than it needs to be. For example, if you want to know how many parcels of land property taxes are collected from in Clayton, Ohio, the city will not fulfill that request because they do not keep that information. Most localities, such as Dayton, Ohio, would respond to the request with, “The Montgomery County Auditor maintains those records, so you will have to ask that office.” That is an appropriate response, but not all officials will be helpful. Just politely follow up and ask who maintains the record. If they say, “I don’t know,” unfortunately you’ll have to do your own research.

When you request information, you are under no obligation to site any law that gives you the right to request the information, nor are you required to provide any reason or justification for the request. People often confuse the federal Freedom of Information Act (FOIA) with state sunshine laws. Although they serve a similar purpose, the Freedom of Information Act applies to the federal government while Ohio’s sunshine laws apply to all state and local governments in Ohio. However, under Ohio law if a person misidentifies (or doesn’t identify) the correct law, officials still have to comply with the request. So even though you may be technically incorrect when stating, “I want to make a FOIA request,” public officials in Ohio still have to fulfill the request.

Remember, officials will often look for any excuse to stonewall a request. The easiest way to avoid resistance is to sound competent. Kindness also helps a lot. If you’re polite and willing to work with officials they are much more likely to be compliant. Be friendly.

There are multiple ways to request information. One way is to just walk into the relevant government building and ask. You can do this during any normal hours of operation and the government officials must take you to the records your request. This is often the easiest way to review public records if you want them fulfilled as quickly as possible. However, if certain accommodations need to be made or if the office is unable to immediately grant the request, they may request that you arrange a time to come back. Some localities, such as Jefferson Township, Montgomery County, Ohio, may insist that you fill out a form to review public records. Filling out the form will make things easier, but you do not have to do it to review public records. In fact, Jefferson Township’s insistence on making citizens fill out the form is illegal.

Governments that really have their act together will often have an easy to locate electronic form on their website. For example, Huber Heights, Ohio has an easy to use form and they quickly respond. You can also review other public records requests that have been made through the site. Huber Heights is a great example of how technology can be used to create a more open government.

When you receive your public records, review the information thoroughly to ensure that your request has been fulfilled. Oftentimes, information will be redacted to protect the private information of individuals or to maintain security. Sometimes information that should be redacted isn’t. For example, we were once given the login and password information to a government website as part of a larger public records request. When this happens, it would be good to let the office know of the oversight. Not only is it the right thing to do, but it will help them to prevent such oversights in the future.

The information can be used for any purpose. Except for in special cases pertaining to non-government organizations that receive government funding, no copyright applies.

Unfortunately, oftentimes you will be stonewalled. This may be in the form of a pedantic official attempting to deny your request on technical grounds, an over-redaction of the provided material, or by dragging out the process. This is where the Ohio Public Records Act shows its weaknesses. It’s considered a “self-help” statute, meaning your only remedy is to take things into your own hands and sue. If your request is related to civil liberties, we recommend asking for help from The American Civil Liberties Union or another organization that provides pro-bono legal assistance. Lawyers often do pro-bono work on the side as a form of community service and self-promotion. Look for local lawyers who have interests that align with your case.

If you pay for an attorney, be aware that you may or may not be awarded attorney fees even a judgement is ruled in your favor. Also, if the court determines that your suit is frivolous, you may end up being liable for paying the public office’s legal expenses. Further weakening the enforcement of the Ohio sunshine laws, while an individual who has been improperly denied a public record request is entitled to $100 per day that the request was denied, the damages are capped at $1,000. That isn’t a lot of money for a public office, so if you’re asking for something embarrassing or that uncovers illegal conduct, there isn’t much incentive for them to comply with your request. Then you have to consider the court filing fees and the time it will take to drag the process through the court. $1,000 is not much of a reward for such a drawn-out effort.

Before you go through the legal hurdles, you may try to do an end-around by contacting other officials in the office. Perhaps you can find one that is more compliant. It also helps if you directly quote the law when pushing back against a denial. Maintain a friendly tone, but assert your rights.

The Ohio sunshine laws are weak by design. They allow the government to make a claim to openness while in practice they have no teeth. This is why becoming friendly with officials in a public office is so crucial while making a public record request. If you give them a reason to fight you, even if they lose they still win because a court victory will cost you much more in time and money than the offered reward. However, to expose corruption, waste, or nepotism it is often necessary to go through this process. Further challenging the openness of Ohio government, the sunshine laws training for public servants in Ohio explicitly teaches officials how to avoid complying with requests rather than how to be good stewards of public records. There are also loopholes which allow quasi-government agencies to keep records that ought to be public obscured from public view.

Are you well informed about the sunshine laws in your home state and would like to make a similar guide? If so, submit it here and we will review it for publication.